Based on his own incredible autobiographical story, writer/director Adewale Akinnuoye Agbaje’s FARMING follows a young Nigerian boy as he is drawn into the warper world of a racist skinhead gang in 1980’s England. Enitan is a young boy “farmed out” by his parents to a white British family in the hope of giving him a better future. Caught between two worlds and belonging to neither, Enitan’s need for love and acceptance is exploited by the adults in his life, transforming a sweet boy into a teenage menace. 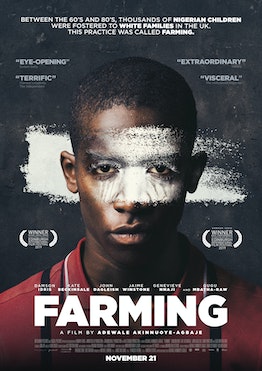